Arie Belldegrun, M.D., FACS, is a co-founder and Director of IconOVir Bio. He is also Executive Chairman and co-founder of Allogene Therapeutics, Inc. (ALLO), a clinical stage biotechnology company focused on pioneering the development of allogeneic chimeric antigen receptor T cell (AlloCAR T™) therapies for cancer. A visionary entrepreneur, Arie founded Kite Pharma, a biopharmaceutical company engaged in the development of innovative cancer immunotherapies, where he served as Chairman, President and Chief Executive Officer until the acquisition of Kite by Gilead Sciences in October 2017. Arie has had a distinguished tenure in the life science industry, having been closely involved with the founding and advancement of several successful biopharmaceutical companies including Cougar Biotechnology, Inc. prior to its acquisition by Johnson & Johnson in 2009 and Agensys, Inc. until its acquisition by Astellas Pharma, Inc. in 2007. Abiraterone, which was developed by Cougar, is a mainstay of therapy for patients with metastatic prostate cancer. He currently serves as Chairman of Two River Consulting, LLC, UroGen Pharma, Inc. (URGN) Kronos Bio, Inc. (KRON) and Bellco Capital, and as co-Chairman of Breakthrough Properties. He is also co-founder and Senior Managing Director of Vida Ventures, a life science venture group with offices in Boston, San Francisco and Los Angeles. Arie is a Professor of Urology, holds the Roy and Carol Doumani Chair in Urologic Oncology, and is Director of the UCLA Institute of Urologic Oncology at the David Geffen School of Medicine at UCLA. Prior to joining UCLA, Arie was at the National Cancer Institute/NIH as a research fellow in surgical oncology and immunotherapy under Dr. Steven A. Rosenberg. He completed his MD at the Hebrew University Hadassah Medical School in Jerusalem, his post-graduate studies in Immunology at the Weizmann Institute of Science, and his residency in urologic surgery at Harvard Medical School. He has authored several books on oncology and more than 500 scientific and medical papers related to urological cancers, immunotherapy, gene therapy and cancer vaccines. He is certified by the American Board of Urology and is a Fellow of the American College of Surgeons and the American Association of Genitourinary Surgeons. 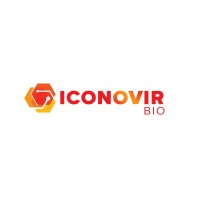