Eric became chief executive officer and a member of the board of directors of IDEX Corporation in December 2020 after becoming president in February 2020. He was previously chief operating officer beginning in 2015. He has been integral to the company’s success, including his role in developing the company’s distinct culture, business model and strategy. He joined IDEX in 2008 as the president of Gast Manufacturing, an operating unit that produces high-quality, niche pneumatics. In 2010, he added responsibilities for Global Dispensing, the leading provider of automated color tinting solutions within the architectural coatings market. He received his first group executive role in 2012, with a collection of six companies from within two IDEX reporting segments. In the next few years, Eric and his teams developed and piloted the elements of the IDEX Operating Model and began work with 8020, an approach to business that focuses on the vital few variables that drive the greatest degree of impact. In 2014, he expanded his group executive scope into the IDEX Health & Science and Optics businesses. Eric is passionate about developing high-performing global teams and talent. Many of IDEX’s current senior operating leaders were identified as emerging leaders within his group. Prior to joining IDEX, he served as the president of Schutt Sports, the market leader for protective equipment in American football. The company introduced breakthrough helmet technology during his tenure, capturing share at all levels of competition. Prior to Schutt, Eric led teams within operations and general management at three business units of Danaher Corporation. It was here, in tough turnaround situations, that he developed the ability to focus teams around the critical few business levers to drive quick momentum and progress. Prior to Danaher, he worked within scalable operations roles at AlliedSignal/Honeywell. He began his career within manufacturing at Lincoln Brass Works. Eric received a bachelor’s degree in economics and an MBA from the University of Michigan. He has a passion for history and literature, and he is a lifelong, practicing musician who spends much of his free time playing and recording. Eric and his wife live in the Chicago area, where they enjoy travel, the arts, and a seemingly endless loop of home maintenance and rehabilitation of their 1920’s-era home. They have four grown children. Eric is also a director of Modine Manufacturing Co. 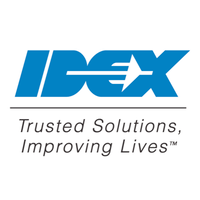