Jim DuBois, former CIO of Microsoft, held one of the largest CIO roles in the world, overseeing the companys global security, infrastructure, IT messaging, and business applications, and in this role he was an early adopter and a leader in how to adopt and consume services, not just technology. A Microsoft veteran, he held a number of leadership positions prior. He began his career at Accenture, where he focused on financial and distribution systems. Jim is an active advisor to startups. Jim is also the author of Six-Word Lessons on How to Think Like a Modern-Day CIO. 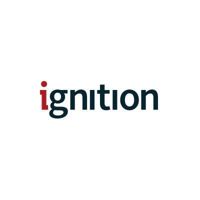