Mr. T. Madhava Das, a graduate in Electrical Engineering from Regional Engineering College (now NIT), Calicut, joined L&T in 1985 as a Graduate Engineering Trainee (GET). He later completed his Post Graduation from Xavier Institute of Management, Bhubaneswar. During his career, he held various key positions in Electrical business of ECC such as Regional Projects Manager (Hyderabad Region), Sector Projects Manager (UAE) and Chief - Business Initiatives & Contracts (Transmission Lines). He was instrumental in expanding tower manufacturing capacity by setting up a new plant in Pithampur and in modernizing other manufacturing units. Subsequently he headed Transmission Line Business in domestic and later moved to GCC as Head of International Cluster-I. Mr. Madhava Das was elevated to the position of Head - PT&D IC in 2014. Under his leadership, the domestic Transmission Line EPC, Tower Manufacturing, Tower Testing Services and the PT&D business in UAE, Saudi Arabia, Oman and Kuwait have grown significantly, besides moving to new geographies in ASEAN and Africa. He has also successfully incubated Solar Business and has steered it to grow to the current level, besides adding microgrid and energy storage capabilities, making it one of the largest Solar EPCs in the country. He has been inducted as a member of the Executive Committee of L&T in 2017. He is on the Boards of L&T Oman LLC and L&T Saudi Arabia LLC. He is currently the Co-Chairman of Confederation of Indian Industry (CII)'s Transmission Line Committee. 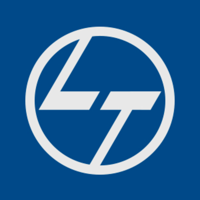