EVP Estimating at McGuire and Hester

Bruce has dedicated himself to the construction industry for more than 40 years. After numerous forts, chicken coops and gardens tastefully designed by his architectural family, he began his career working his college summers for his family's construction company as a parts runner, laborer, timekeeper and everything else. and Bruce got his first job out of college working as a project engineer. Bruce joined McGuire and Hester in 1997 as a project manager and estimator and three years later was promoted to estimating manager in charge of our company’s underground and structures projects. Bruce was named chief estimator for McGuire and Hester in 2007 and now oversees the estimating groups at all of our company’s locations. 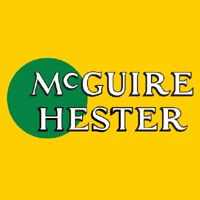