View in org chart
View in org chart
Herbert Chang has served on our Board since September 1999. Since March 2014, Mr. Chang has been the general manager of Mutto Optronics Corporation, an OEM/ODM knife manufacturer listed in on the Taiwan OTC. Mr. Chang is also a Managing Member of Growstar Associates, Ltd., which was the General Partner and the Fund Manager of VCFA Growth Partners , L.P. from 2007 to 2013 and is the Chief Executive Officer of C Squared Management Corporation. Mr. Chang’s companies focus on investing in companies in the semiconductor, telecommunications, networking, software, and/or Internet industries. Mr. Chang was the President of InveStar Capital, Inc. from April 1996 until 2015 and serves on the board of directors of a number of private companies. Mr. Chang received a B.S. in geology from National Taiwan University and an M.B.A. from National Chiao Tung University in Taiwan. 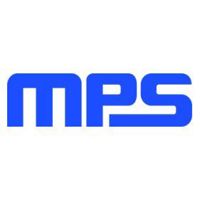