Irv began work at the age of 8 at Nebraska Furniture Mart. Guided by his grandmother, the legendary Mrs. B, and his father, Louie, he worked in all areas of the company. Irv went on to receive a Bachelor of Science in Business from the University of Arizona in 1974. He returned to Omaha and the family business in 1975 after a major tornado demolished the store. He was instrumental in not only rebuilding the facility, but in growing the business into what it is today — one of America’s largest home furnishings businesses. 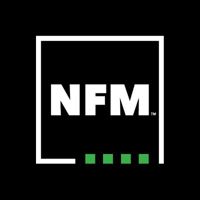