View in org chart
View in org chart
Morgan joined NFX in 2020 to invest in networks and marketplaces across a wide spectrum of sectors, and is most interested in technical Founders who are creating new markets. She is the co-founder of Libra and was Head of Strategy for Facebook’s Novi, Facebook’s digital wallet for the Libra payment system. She originally joined Facebook as part of the Corporate Development team in 2017, where she worked on defining Facebook’s strategy around blockchain, cryptocurrencies, and decentralized technology. Prior to Facebook, Morgan ran Corporate Development at Medium where she led the Embedly acquisition and played a key role in developing Medium’s subscription strategy. She began her career on the Deal Team at Andreessen Horowitz. For the latter half of her time there, she was solely focused on the early stage ecosystem. 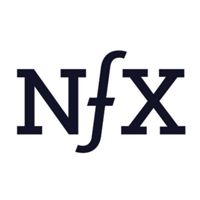