As CEO of Ørsted Offshore North America, Hardy will oversee all North American offshore wind activities, including development and operations for Ørsted's current and future portfolio of U.S. projects. Prior to joining Ørsted, Hardy held U.S. and global senior executive roles in the wind energy industry working in leadership positions at both Senvion and Vestas. He also spent a large portion of his career at GE in commercial leadership positions, as well as roles at other high-tech industrial companies. Additionally, he served for more than eight years in the U.S. Navy submarine community. 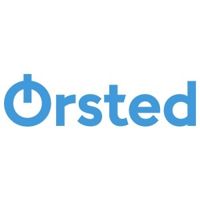