Ben joined Pelion’s investing team in 2015, and has been an integral part of both our culture and investing success. He has sourced, led, or co-led 16 investments since becoming an intern in the spring of 2014, including Owlet, Deserve, Omadi, and Neighbor. He currently sits on 6 portfolio company boards, including Neurala, Divvy, and FastData.io. Ben spends his time and efforts investing in Fintech, Marketplaces, Frontier Tech, and AI/ML, choosing to invest in special entrepreneurs that have disruptive businesses in large and underserved markets. Before Pelion, Ben worked for Jefferies Financial Group, Inc. (J.F.G.) in their strategy and operations group where he invested in and managed 4 operating companies (with over $10B in annual revenue), including their largest investment of $868M in to National Beef Packing (N.B.P.) in 2011. Since the investment, N.B.P. has returned over $1.6B. Prior to J.F.G., Ben worked at Sears Holdings Co. on the Corporate Strategy and Analytics team where he analyzed potential capital investments using statistical, financial and data frameworks. Ben holds a B.A. in Economics and M.B.A. from Brigham Young University. 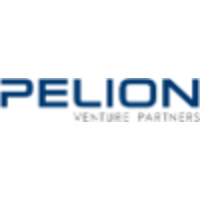