Mr. Brochick has served as Executive Vice President of Strategic Development since July 1, 2012. Prior to this he served as Executive Vice President of our Western Region since December 2002. He joined PAG in 1996 upon the sale of the former Sun Automotive Group to Penske Automotive. In addition to his current executive functions, Mr. Brochick has held numerous dealership general manager positions throughout his automotive career. From 1977 to 1984, prior to entering the automobile business, Mr. Brochick served as Vice President, Operations, for Southwest Kenworth, Inc. Mr. Brochick also held the position of Director, Marketing Services, for Euclid, Inc., a division of Daimler-Benz, A.G., with worldwide responsibilities for market research and technical field studies. Mr. Brochick currently serves as a Board Member of the American International Automobile Dealers Association and Universal Technical Institute. 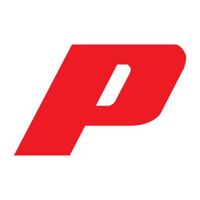