View in org chart
View in org chart
Steven Williams is currently the Chief Executive Officer of PepsiCo Foods North America leading the $18 billion snack and convenient foods business that includes Frito-Lay North America (FLNA) and Quaker Foods North America (QFNA). Steven, a 20-year PepsiCo veteran, has served as CEO since March 29, 2019. Prior to this role, Steven served as senior vice president and chief commercial officer for Frito-Lay’s U.S. organization, overseeing all selling and commercial activities for U.S. field sales, customer teams and headquarter commercialization, in addition to leading a large multi-functional sales organization, spanning all Frito-Lay retail customers, channels and go-to-market systems. Steven also previously served as senior vice president and general manager for Frito-Lay’s East division where he was responsible for the overall business and performance management for the six geographic regions in the Eastern U.S. Earlier in his tenure at PepsiCo, Steven led the company’s global Walmart business, managing the PepsiCo portfolio of products across all aspects of the Walmart Business worldwide, including Walmart U.S., Sam’s Club, and Walmart International Divisions. In this role, he delivered significant retail sales and share growth in Walmart. Steven also previously led sales for a number of PepsiCo’s largest food and beverage brands, leading multi-channel and cross-functional teams to deliver revenue, profit and growth. Steven joined PepsiCo in 2001 as part of PepsiCo’s acquisition of the Quaker Oats Company, which he joined in 1997, and has held leadership positions of increased responsibility in sales, general management, customer management, sales planning and shopper marketing. Steven holds a Bachelor of Arts in economics from the University of Central Oklahoma and is a graduate of the Program for Leadership Development (PLD) at Harvard Business School. Steven currently resides in Dallas, TX, with his wife. 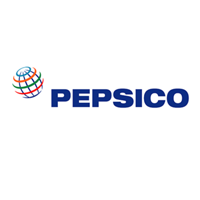