View in org chart
View in org chart
Jim Szafranski is the CEO of Prezi, which he joined in 2015 and has helped evolve Prezi into a leading video and visual communications suite. Before becoming CEO, Jim rose to President at Prezi and steered the company’s strategic expansion into video and built its rapidly expanding ecosystem of collaboration partners. Jim also led the company’s integration of the Infogram acquisition and team, resulting in Prezi’s new visual suite of Prezi Video, Prezi Present, and Prezi Design. Since earning his engineering and management degrees from MIT and Stanford, he’s built his career around helping users and communities adopt new technologies. Prior to Prezi, he was Fiberlink’s SVP of Product Management, Customer Acquisition and Success, helping build the industry-leading mobile enterprise cloud platform en route to an acquisition by IBM, where Jim served as an executive. He was previously the VP of Product at wifi pioneer Cometa Networks, and the Director of Product at Tut Systems, which went public in 1999 and was later acquired by Motorola. When he’s not pursuing Prezi’s mission of helping our users connect with their audiences, he’s likely in his backyard with his children and his home improvement list. 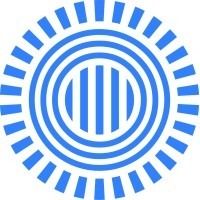