VP & Director of Operations at Scoular

Phil is a Director in Scoular’s Southern Facility Group and also serves as a Director on Scoular’s Board of Directors. In his role as a Director, Phil is responsible for the company’s grain facility operations in Coolidge, Wellington, Goodland, Winona, and several recent acquisitions in Kansas. In the most recent fiscal year, total sales for the Southern Facility Group assets were +$300M. Since Phil began his career at Scoular in 2003, he has held a number of positions in a variety of company locations. As a trainee, he first worked in Salina, Kansas, subsequently moving to Downs, Kansas, where he spent two years working in a merchandising role before moving to Overland Park, Kansas. After a one-year term as a merchandiser in Overland Park, Phil relocated to Wellington, Kansas, to manage a newly-acquired shuttle facility. Phil worked in Wellington until 2009 when he returned to Salina to manage a group of Scoular grain elevator operations. In the 10 years since then, our Southern Facility Group has continued to effectively deploy capital, acquire facility businesses, and has tripled its PBT. Phil is a graduate of Wheaton College with degrees in business and economics, and a minor in philosophy. Prior to working for Scoular, Phil completed a one-year internship at a private equity company in Colorado focused on specialty agriculture land investing. 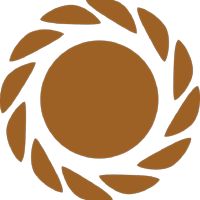