Dawn Whaley is president of Sharecare, the digital health company founded to help each person – no matter where they are in their health journey – build a longer, better life by enabling health transformation at the individual, organizational and community level. In this role since the company’s founding, Whaley participates in the development of overall corporate strategy and scaling operational execution, and is directly responsible for marketing, strategic partnerships and business development. Previously, Whaley was the executive vice president of marketing and strategic relationships for HowStuffWorks, a leading, non-fiction website providing high-quality content, where she helped manage operations and corporate development efforts, including business development and creation and execution of the marketing strategy. After growing HowStuffWorks to one of the largest content destination websites, Whaley assisted in the sale of the company to Discovery Communications in 2007 for $250 million. Whaley was also a founding member of The Convex Group, the media and technology holding company that acquired HowStuffWorks in 2002, until its sale to Discovery. Prior to her role with The Convex Group, Whaley served as executive vice president for Alexander Ogilvy Public Relations, a leading, high-tech communications firm. In less than five years, Whaley helped grow the company from a 10-employee, regional agency with less than $1 million in annual billings to a 300-employee global firm with more than $40 million in annual billings. After leading the agency’s expansion in New York, San Francisco, Denver, Dallas, and Washington, D.C., Whaley helped to orchestrate its acquisition by WPP in 1998. With a bachelor’s degree in telecommunications and business management from the University of Georgia, Whaley currently holds positions on the boards of directors for Forbes Travel Guide and the American Heart Association’s Metro Atlanta Division, for which she served on the executive committee of the 2016 GoRed for Women annual fundraiser – the most successful in the chapter’s history. Previously a member of the board of directors for Do Something, she was recently named to the Atlanta 500, bestowed with Atlanta Magazine’s Groundbreaker Award – which honors the people and projects that make Atlanta a better place to live – and selected as a Diversity in Technology Game Changer by the Technology Association of Georgia. Residing in Atlanta with her husband, Wyatt, she enjoys visiting California, where her pride and joy, daughter Spencer, attends college. 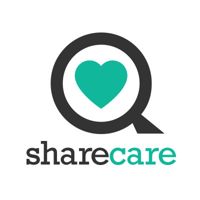