On August 1, 2015, Dr. Mary Schmidt Campbell began her tenure as the 10th president of Spelman College. A leading liberal arts college for women of African descent located in Atlanta, Georgia, Spelman has long enjoyed a reputation as the nation’s leading producer of Black women scientists. Prior to arriving in Atlanta, Dr. Campbell was a major force in the cultural life of New York City. Her career in New York, which included various challenging roles, began at the Studio Museum in Harlem where she served for 10 years. Her role there began at a time when the city was on the verge of bankruptcy and Harlem was in steep decline. However, under her leadership, the museum was transformed from a rented loft to the country’s first accredited Black Fine Arts Museum. Dr. Campbell also established herself as a stalwart supporter who championed the need for professional development opportunities for women and people of color in the arts. When she left the Studio Museum of Harlem in 1987, the organization was recognized as a linchpin in the economic revitalization of the 125th street corridor and a major center for the study of the visual arts of the Black Atlantic. New York’s late Mayor Edward I. Koch invited Dr. Campbell to serve as the city’s cultural affairs commissioner in 1987. In this role, she led the Department of Cultural Affairs which oversees the operations and capital development of the city’s major cultural institutions. As a commissioner, she gained a reputation as an indefatigable advocate for large and small arts organizations throughout all five boroughs. Dr. Campbell returned to the private sector to become dean of New York University’s Tisch School of the Arts in the fall of 1991. In her more than two decades as dean, the Tisch School gained a reputation for producing artistic trailblazers in theater, film and interactive media. Tisch students, faculty and alumni have won virtually every major award in the arts, including the Oscar, Pulitzer Prize, Tony Award, Grammy, Emmy, Peabody, Golden Globe, Guggenheim Fellowship and more. As dean, Dr. Campbell diversified both the student body and the faculty fourfold, and she incubated several new arts and technology divisions within the school and the university. Among the new academic programs she developed the NYU Game Center, The Clive Davis Institute of Recorded Music, The Moving Image Archiving and Preservation Program, and a joint MBA/MFA Graduate Film and Business program. Additionally, she doubled the size of the school’s Interactive Telecommunication Program and founded and chaired Tisch's Department of Art and Public Policy, which examined the intersection of art, politics and public policy as it impacts individual artists and the institutions that support them in a democratic culture. In September 2009, former President Barack Obama appointed Dr. Campbell as the vice chair of the President’s Committee on the Arts and Humanities, a non-partisan advisory committee to the President of the United States on cultural matters. As vice chair, Dr. Campbell took an active role in reaffirming the arts as one of the ingredients essential to effective public school education. She is a fellow of the American Academy of Arts and Sciences and currently sits on the boards of The Alfred P. Sloan Foundation, the Doris Duke Charitable Foundation, the High Museum of Art, and the J. Paul Getty Trust as well as on the Advisory Boards of the Bonner Foundation and the Association of Governing Boards of Universities and Colleges. She also holds numerous honorary degrees, including one from her alma mater, Swarthmore College in Pennsylvania. Dr. Campbell is a contributor to several publications including Artistic Citizenship: Artistry, Social Responsibility, and Ethical Praxis; New York Reimagined: Artists, Art Organizations, and the Rebirth of a City (Oxford University Press, 2016); Four Generations: The Joyner/Giuffrida Collection of Abstract Art, Foreword (Gregory R. Miller & Co., 2016); co-editor of Artistic Citizenship: A Public Voice for the Arts, (Routledge, 2006); co-author of Harlem Renaissance: Art of Black America (Harry N. Abrams, Inc., 1987); and Memory and Metaphor: The Art of Romare Bearden, 1940-1987 (Oxford University Press & The Studio Museum in Harlem, 1991). She recently completed a book, An American Odyssey: The Life and Work of Romare Bearden for Oxford University Press. For this work, Dr. Campbell received the 2018 Hooks National Book Award from the Benjamin L. Hooks Institute for Social Change at the University of Memphis. In 2019, she was a finalist for the 55th Georgia Author of the Year Award in the category of biography. Also, the Museum of African American History selected "An American Odyssey" as a finalist for the for 2019 MAAH Stone Book Award. Dr. Campbell received her B.A. in English literature from Swarthmore College. She earned her master’s in art history as well as her Ph.D. in humanities from Syracuse University. She holds honorary degrees from several colleges including her alma mater, Swarthmore. Having recently completed a book, "An American Odyssey: The Life and Work of Romare Bearden," she is the recipient of the 2018 Hooks National Book Award and is a fellow of the American Academy of Arts and Sciences. Dr. Campbell served as a member of the Alfred P. Sloan Board from 2008-2020, and was elected to the Unity Technologies Board in September 2020. She also serves on the boards of the J. Paul Getty Trust, the Doris Duke Charitable Foundation, and the High Museum of Art in Atlanta. 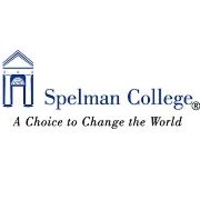