Mr.Ramesh Subramanyam has worked in diverse organisations such as Lloyds Steel Limited, Hindustan Unilever Limited, Monsanto India Limited and Siemens AG With more than 23 years of wide-ranging experience. After joining Tata Power in 2007, he has held various positions within Tata Power. Mr. Subramanyam was Chief Financial Officer for Coastal Gujarat Power Limited (Mundra UMPP), Chief of Finance & Accounting for Indian Subsidiaries of TataPower and Financial Controller of Tata Power before being appointed as CFO ofTata Power. He is also on the board of several other Tata Power Group Companies. In addition, he is the Chairman of CII’s National CFO Committee. Mr.Ramesh Subramanyam is a Commerce graduate from Nagpur University. He is a member of the Institute of Cost Accountants of India and Institute of Company Secretaries of India. In addition, he has passed the CPA (Certified Public Accountants) examination of the American Institute of Certified Public Accountants (AICPA). 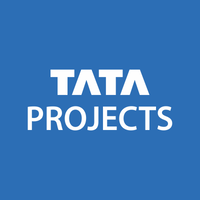