Timothy Chou served as President of Oracle On Demand, a division of Oracle Corporation from 1999 until his retirement in January 2005, during which time he led the growth of Oracle’s cloud business from a nascent stage to an industry-leading position. Prior to that, Dr. Chou served as Chief Operating Officer of Reasoning, Inc., a pioneering application services provider, until it was acquired by Oracle in 2000. He served on the board of Embarcadero Technologies, a provider of database tools, from 2000 until 2007. In addition to his commercial career, he has taught in the computer science department at Stanford University since 1982. In 2006, he launched the first class on cloud computing at Stanford and, in 2008, started a similar class at Tsinghua University in Beijing, China. In 2013, he became the Chairman of the Alchemist, a leading enterprise software accelerator where he is focused on analytics, artificial intelligence and the Internet of Things. His landmark book, The End of Software, served to educate enterprises, operators and investors in this major shift in business models. He has been a director at Blackbaud since 2007. He joined our board in 2017. 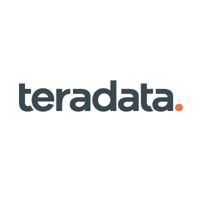