View in org chart
View in org chart
James Murdoch has served as a director since 2017. Mr. Murdoch is currently Chief Executive Officer of 21st Century Fox (21CF). Before becoming CEO of 21CF in 2015, Mr. Murdoch held a number of leadership roles at the company over a two-decade career. He previously served as its Co-Chief Operating Officer, Chairman and CEO for Europe and Asia, as well as Chairman of BSkyB, Sky Deutschland, and Sky Italia, the businesses that now comprise Sky plc. He also served as CEO of BSkyB and STAR, India’s entertainment leader. In addition to being a key driver of 21CF’s domestic and international expansion, Mr. Murdoch has been instrumental in the company’s robust social impact initiatives, including its decade-long leadership on environmental sustainability. James and his wife, Kathryn Murdoch, are founders of a family foundation, Quadrivium, which supports initiatives involving natural resources, science, civic life, childhood health, and equal opportunity. 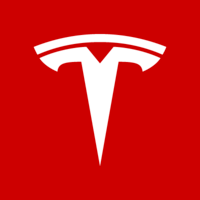