View in org chart
View in org chart
Jeff T. Green has served as our president and chief executive officer and as a member of our board of directors since November 2009. Prior to The Trade Desk, Mr. Green founded AdECN, the world's first online advertising exchange. As chief operating officer of AdECN, he led all strategy, product and business development. AdECN was acquired by the Microsoft Corporation within three years of launch. At Microsoft, Mr. Green oversaw the AdECN exchange business, as well as all reseller and channel partner business. Additionally, he advised the roll-up strategy for the Online Services Division of Microsoft. Mr. Green has also played a leadership role in the ad tech industry, having served on the Networks and Exchanges Quality Assurance Guidelines Committee for the Internet Advertising Bureau, or IAB, from 2011 to 2012. At IAB, Mr. Green led working groups that established rules and best practices for acquiring inventory, and set data transaction standards. Previously, Mr. Green served on the board of Falk Technologies, a global advertising technology company based in Europe. Mr. Green has also served as an advisor to a series of companies including AppNexus, a technology platform based in New York City, and SiteWit, an SMB search engine marketing firm. In 2015, Ernst & Young named Mr. Green Entrepreneur of the Year in the Greater Los Angeles region. We believe that Mr. Green is qualified to serve on our board of directors due to his extensive management experience and sophisticated industry background. 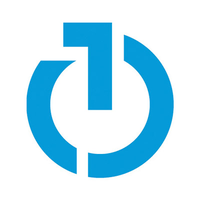