Anand Srivatsa joined as Division CEO for Tobii Tech in 2019, bringing two decades of high-tech industry experience. Before joining Tobii, he was Vice President in the Client Computing Group and General Manager of Intel’s Desktop, Systems and Channel Groups. He has also held various senior positions in Intel within sales and marketing in the United States and Taiwan, including responsibility for some of Intel’s largest customers. Anand holds a Masters’ degree in electrical engineering from Stanford University. 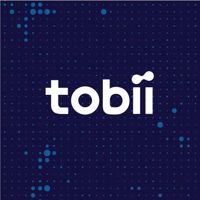