VP for Advancement at Trinity College

A member of the Trinity community since June 2017, Michael T. Casey came to Trinity as vice president for advancement from Skidmore College in Saratoga Springs, New York, where he had served as the Collyer Vice President for Advancement. In an announcement to the Trinity campus community about Casey’s appointment, President Berger-Sweeney wrote, “Michael has spent nearly three decades in advancement, the majority of that at three liberal arts colleges: Franklin & Marshall, Wesleyan University, and Skidmore. He has played leadership roles in three major institutional planning efforts and planned four successful capital/comprehensive fundraising campaigns, all of which set new highs for their respective institutions.” Berger-Sweeney noted that members of the search committee reported that Casey conveyed eloquently how his own liberal arts experience as a first-generation college student transformed his life and continues to motivate his work raising resources so that others may have a transformative liberal arts experience. Casey is a 1981 graduate of Harvard University, where he earned a B.A. cum laude in Irish history and literature. At Skidmore, he was active in community and civic efforts, including serving as a member of the boards of the Waldorf School of Saratoga Springs, the Saratoga Regional YMCA, and the Saratoga Convention and Tourism Bureau. 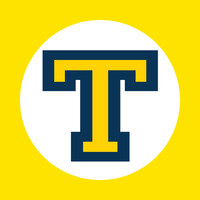