Lurleen Gannon serves as Vice President and General Counsel for Vinfen Corporation. Lurleen is an experienced legal advisor with a broad range of skills and legal expertise. In her role as General Counsel, she advises on and oversees all of Vinfen’s legal matters. Prior to Vinfen, Lurleen served as First Deputy General Counsel for the Massachusetts Bay Transportation Authority, where she advised MBTA and MassDOT senior leaders on a variety of legal matters, including contracts, litigation, labor and employment law, corporate governance, privacy, real estate and legislation. Prior to joining the MBTA, Lurleen was a commercial litigator at Conn Kavanaugh in Boston. Lurleen serves on the Board of the Boston College Law School Alumni Association and the steering committee for the Boston Bar Association’s In-House Counsel Committee. She also is a past Board Member and President of the Women’s Bar Association of Massachusetts. Lurleen received a Bachelor of Arts (with honors) from Queen’s University in Kingston, Ontario in 1999 and a Juris Doctorate from Boston College Law School in Newton, Massachusetts in 2002. 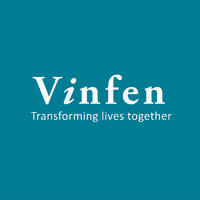