Victor is a commercial and social entrepreneur who has devoted his career to building and leading organizations that improve the well-being of communities and people. Victor recently stepped down from the NHS England board after six years, and is now serving as a non-Executive board member for Nuffield Health, as well as for the British consumer co-operative Co-operative Group. He is a Visiting Professor and Chancellor at the University of Lincoln, holds numerous honorary doctorates, and also serves as a Companion of the Chartered Management Institute. Victor has been Chief Executive of Turning Point, a health and social care organization, since 2001. In 2000, Victor was awarded the CBE in the New Year Honours List. In 2001, he was also appointed a cross bench member of the House of Lords. Victor believes technology has powerful potential to transform health and social care for all, and he’s excited to serve as the chairman of a company whose values are so closely aligned with those of the NHS. 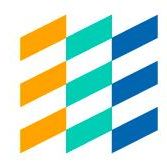