Al Neupaver joined Wabtec Corporation on Feb. 1, 2006 as president and chief executive officer, and a member of the company’s Board of Directors. He was named Executive Chairman on May 14, 2014. On May 10, 2017, Neupaver assumed the role of Chairman of the company's Board of Directors. Prior to joining Wabtec, Neupaver spent nine years as president of the Electromechanical Group of AMETEK, Inc., a leading global manufacturer of electronic instruments and electric motors with annual sales of more than $1.5 billion. Under Neupaver’s leadership, the Electromechanical Group increased its operating profit by almost 60 percent, more than twice the rate of its sales growth. Also during that time, the group drove the development of AMETEK’s lean manufacturing culture, which was later adopted throughout the company. Neupaver joined AMETEK in 1988 as vice president and general manager of its Specialty Metals Products Division. In 1993, he was promoted to president of the company’s Industrial Materials Group and became a member of the Executive Office. Prior to joining AMETEK, Neupaver spent 11 years with Pfizer, Inc. in several engineering, operating and business management positions. A native of Belle Vernon, Pa., he earned a Bachelor’s Degree in Mechanical Engineering from the U.S. Naval Academy in 1972 and served as an officer on nuclear submarines from 1972-77. Although he left active duty to join Pfizer, Neupaver served in the U.S. Naval Reserves for the next 25 years and retired as a captain in 2002. While he was with Pfizer, Neupaver earned a Master’s Degree in Materials Science and Metallurgical Engineering (1980) and a Master’s Degree in Business Administration (1982), both from the University of Pittsburgh. 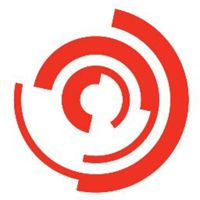