Gene Schrecengost joined Young Living with over 30 years of experience in Human Resources. His previous experience includes working for prominent companies in multiple industries such as Cardinal Health, Emerson Electric, Occidental Chemical, and TriMedx. He has experience working for Fortune 150 enterprises as well as smaller, privately held companies. He graduated with a BA from Brigham Young University and an MBA with an emphasis in HR from the University of Texas at Austin.   From 2018 to 2019, Gene was the Chief Human Resources Officer at TriMedx, a $1B clinical asset management and clinical engineering firm. During his tenure, he played a critical role in acquiring and integrating the company largest competitor from Aramark, effectively doubling the size of the company. He has also been the CHRO at several medium-sized enterprises where he successfully partnered with senior leaders to grow and transform businesses by leveraging the organization’s human capital.   A quote from Steve Jobs reflects his view on the importance of teamwork: “Great things in business are never done by one person, they’re done by a team of people.”  Gene is married with four children and two grandchildren. He is a seasoned traveler, loves to learn about history, and enjoys a nice round of golf. He was introduced to Young Living by his daughter, who uses the Gentle Baby essential oil to relax her daughter in the evenings. His favorite product is the Valor Roll-on, which he puts on his wrists at the start of every day. 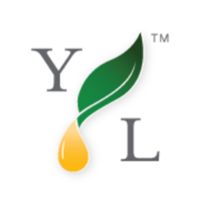