The Most Influential People Behind the Scenes at Nike 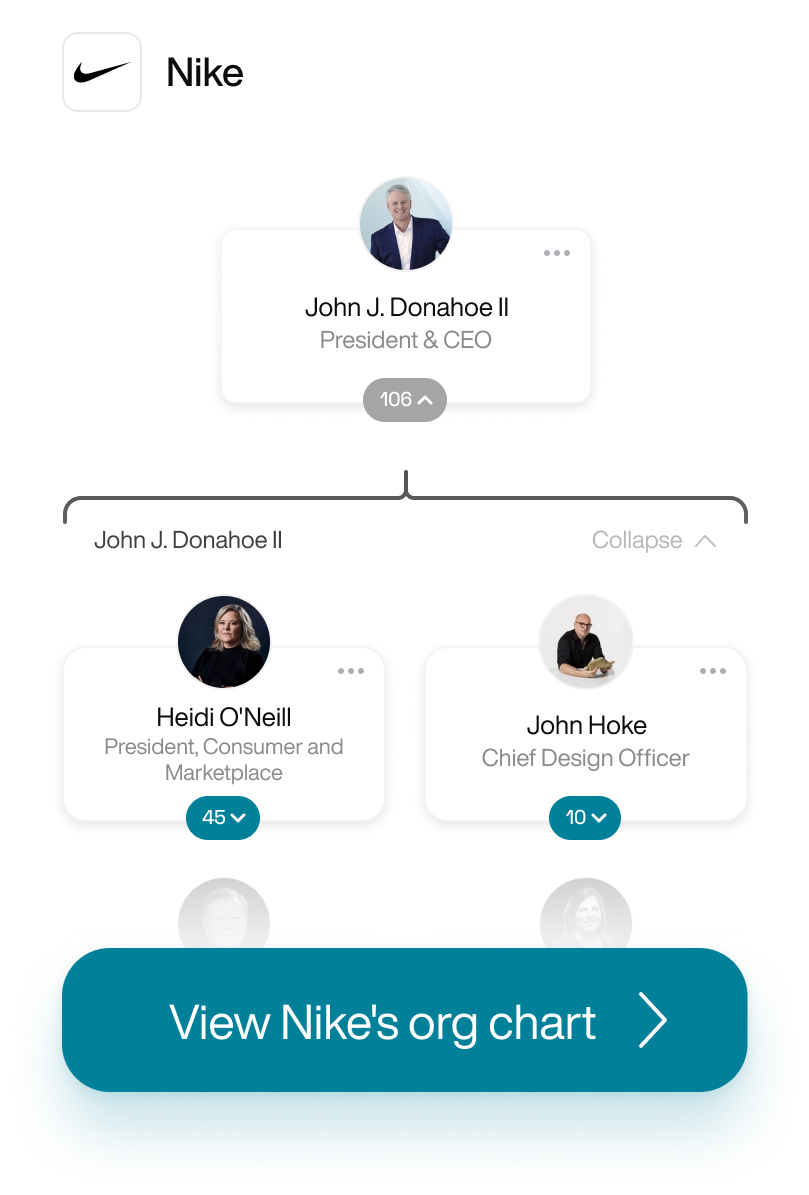 Sign up now: Stay up to date, level up and hire better with our behind the scenes newsletters at the world’s top startups.

The ORg
helps you hire
great candidates
It takes less than ten minutes to set up your company page. It’s free to use - try it out today.
Latest from Org Design
As Hybrid Work Becomes Norm, Workers Demand Better Tech, New Survey Shows
A survey published this week by office tech giant Poly shines a light on the tools hybrid workers need. We spoke with Poly’s CTO to learn more about what the future might hold.
What Is a Poison Pill And Does It Work?
Before Elon Musk’s headline-grabbing offer to buy Twitter, the term “poison pill” conjured images from spy thrillers for some, but now the world is learning that it has a different meaning.
What Companies Does Marc Benioff Own?
Learn more about which companies Marc Benioff owns outright or has shares in.