Rob Bruno is the Chief Technology Officer of Achieve3000. Rob joined Achieve3000 with more than 20 years of experience managing technology in the education sector, with expertise in strategic roadmap execution and change management. He served as CTO and Chief Architect of Penn Foster, one of the world’s largest operators of accredited online high schools, career schools, and university programs serving hundreds of thousands of students on its platforms. Following Penn Foster’s acquisition by the Princeton Review, Rob served as Chief Technology Officer of the combined $215 million publicly traded company from 2010-2012. Prior to joining Penn Foster in 1997, he worked as a programmer and software developer in the perfume, telecom, and pharmaceutical industries. Rob earned a Bachelor of Science degree in Computer Science with a minor in Math from King’s College. 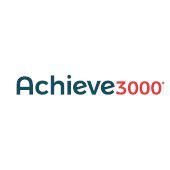