Global Head of Hosting at Airbnb

View in org chart
View in org chart
Catherine Powell is the Global Head of Hosting, leading a global team combining Homes and Experiences that works to create one integrated hosting organization with a unified vision. Catherine previously served as President of Disney Parks Western Region, which included Walt Disney World Resort in Orlando, Florida; Disneyland Resort in Anaheim, California; and Disneyland Paris in Coupvray, Marne La Vallee, France. Before that, Catherine served as Présidente for the Euro Disney group, operator of Europe’s leading tourist destination, Disneyland Paris. In 2015, Catherine was elected a member of the Chief Executive Women in Australia, and in 2016 received the Women Worth Watching award from Profiles in Diversity Journal. Prior to joining Disney, Catherine worked for BBC Worldwide for seven years, where she held various senior TV sales roles across territories including Central and Eastern Europe, Middle East, Germany and Spain/Portugal. Catherine is a graduate of Oxford University where she studied PPE (Politics Philosophy Economics), and lives in Los Angeles with her family. 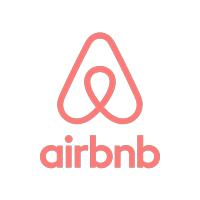