David Milne offers to the board 35 years of experience as an operating executive and as a venture capital investor in the medical technology industry. He has been a Director on 16 boards in both public and private corporations and is currently a business advisor and independent board member and Chairman for several companies. Previously he was the Managing Partner and led the medical technology practice for 13 years for SV Healthcare Ventures, a venture capital group with over $2.5b in assets under management. He led investments in over a dozen companies including Entellus Medical (sold to Stryker, Aquesys (sold to Allergan), Mindframe (sold to Medtronic) and Spinal Kinetics (sold to Orthofix). Before entering venture capital, Mr. Milne spent over 20 years as an operating executive in several business development, marketing, product development and sales positions. From 1999 until 2005 he was Vice President, Business Development for Boston Scientific where he was responsible for over 50 transactions valued at greater than 2B and involved in the integration of numerous businesses. He was also Director of Product Technology and Marketing for Cardiology and Urology divisions at Boston Scientific. Mr.Milne started his career in international sales after receiving his undergraduate degree in 1984. He has held several positions, domestically and internationally in Product Management at SCIMED (acquired by Boston Scientific) and Becton Dickinson. Mr Milne holds an MBA Marketing from NYU and a BS in Biology from Rutgers University. 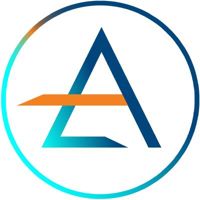