Frank Petito is the Chief Financial Officer of Availity where he leads the finance and accounting teams, and serves as a strategic partner to the organization’s Board of Directors and executive leadership team for expansion, acquisition, and capital market opportunities. Before joining Availity, Frank was CFO of Vivid Seats—a private-equity backed, leading online marketplace for sports, concerts, and theater tickets. Prior to Vivid Seats, Frank spent 14 years at Orbitz Worldwide where he was SVP of Corporate Development and President of Orbitz for Business—a business-to-business division within Orbitz Worldwide. While at Orbitz and Vivid Seats, Frank helped drive profitable growth, deliver margin expansion and optimize capital structures. Frank served an important role in the Orbitz IPO, the subsequent sale to Expedia, and the sale of Vivid Seats. In addition, Frank worked at an online travel start-up and was involved in the acquisition of CrossFit in the summer of 2020. Early in his career, Frank was an investment banker in New York, Los Angeles, Buenos Aires, and San Francisco, most recently at Hambrecht & Quist, a leading technology/growth investment bank. Frank graduated from Princeton University and received an MBA from Stanford University’s Graduate School of Business. 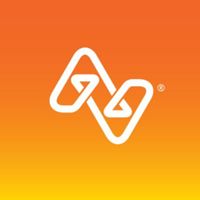