Marco Morelli is a graduate of the LUISS University in Rome. After various professional experiences in Europe at KPMG, Samuel Montagu Ltd and UBS Ltd, he joined J.P. Morgan in 1994 and subsequently became CEO and General Manager of J.P. Morgan Italy and member of J.P. Morgan Europe executive committee. He joined Monte dei Paschi di Siena in 2003 and became Deputy CEO in 2006. He left in January 2010 to become General Manager and Deputy CEO of Intesa San Paolo Group, a position he held until 2012. He then joined Bank of America Merrill Lynch as Vice Chairman Europe, Middle East and Africa and CEO Italy. In September 2016, he became CEO and General Manager of Monte dei Paschi di Siena, a position he held until May 2020. He is Adjunct Professor at the Economics and Finance faculty of the LUISS University in Rome and a member of its Board of Directors. He is a co-founder and Vice Chairman of Fondazione Don Gino Rigoldi, an Italian no-profit organization. 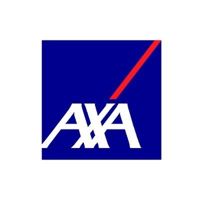