Hennie is a qualified engineer, obtaining his Bachelor of Mining Engineering from Pretoria University, South Africa in 1988. From 2004 to 2019, Hennie was with Anglo American. From 2013 to 2019, he was Chief Executive Officer (“CEO”) of Anglo American’s Copper business, including the Los Bronces and Collahuasi mines in Chile, and the Quellaveco greenfield project in Perú. Prior to that, he was Anglo American’s Group Head of Mining from 2011 to 2013, where he was responsible for improving governance best practices across its diverse global mining portfolio. Between 2009 and 2010, Hennie was CEO of Anglo American’s Zinc business. Hennie joined Anglo American from mining contractor, Brandrill/Torex, where he worked from 2000 to 2004. He began his career with Gencor Ltd in 1986, working through a variety of technical and operational roles with BCL Ltd and BHP across Botswana, Zimbabwe and South Africa. Beyond Hennie’s professional career, he is a strong advocate for responsible mining, including chairing the International Copper Association Ltd (“ICA”), a member-based alliance responsible for guiding policy and strategy for the global copper sector. 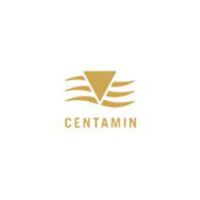