CEO of Latin America at Citigroup

Ernesto Torres Cantu is the CEO of Citi Latin America responsible for all businesses in the 23 countries where Citi is present in this important region, including Mexico. He was named to the position in 2019 after serving five years as CEO Citibanamex. Prior to these roles, in 2006 he was appointed President of the Retail Bank in Citibanamex. From 2012 until September 2014, he was CEO of Global Consumer Banking in Mexico. Ernesto joined Citibanamex in 1989 as a Corporate Bank executive. In 1991, he became the Regional Director for Coahuila, Durango, and in 1995, Chihuahua; in 1997, he was named Divisional Director for the Central Region of Mexico. And in 2003 he became CEO of Crédito Familiar (Citi Financial). Ernesto was born in Torreón, Coahuila, and holds a degree in industrial engineering from the ITESM, and an M.B.A. from Georgia State University, in Atlanta. 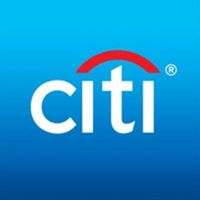