McLain joined Crosslink in 2017 and focuses on Financial Technology, Digital Health, and Frontier Technology. McLain has 12 years of experience working with early stage technology companies as an entrepreneur, leader and investor. Prior to Crosslink, McLain was an early employee at Currenex which was acquired by State Street Bank (STT) in 2007. After the acquisition, McLain worked in State Street’s e-Exchange group, which oversaw all financial technology-related innovations and initiatives within the bank. While at the Stanford Graduate School of Business, McLain worked as a Summer Associate for SV Angel. McLain went on to run business development for Apparent, which developed innovative networking and control technologies photovoltaic systems. McLain was also at CircleUp where he worked in their fund strategy group—an internal growth equity fund that invested in early stage consumer and retail companies. Outside of work, McLain co-founded and serves on the board of directors of MAC USA, the 501(c)3 arm of a family organization that helps children and adults with disabilities in developing countries. 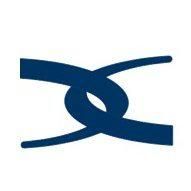