Greg Nared offers more than 25 years of experience in sales, marketing, athlete management, client relations and sports marketing. Most recent he holds the position as the SVP Player Relations, Mavs Gaming and Youth Basketball at the Dallas Mavericks. His primary focus is to provide strategic direction for youth basketball, community, player relations, and Mavs Entertainment. Greg has played an integral role in having one of the most innovative youth basketball programs in the NBA. Greg operated and owned the Greg Nared Agency where he worked directly with professional athletes in both golf and basketball, including marketing the clients or products in promoting their career within his or her given field as well as any interests off the field of play. Greg is also responsible for meeting with team owners, managers, coaches, and other individuals to develop rapport and partnerships promoting the organization as well as the clients GNA represents. Much of his day is spent in contract negotiating, working with athlete sponsors, networking, speaking with other professionals and keeping abreast of current trends and information that may affect decisions the organization and agent recommends to the clients. Lastly, Greg’s expertise and experience in investments, business management, finance, risk analysis, and trends in sports helped facilitate success in recruiting, developing, and sustaining clients and sponsorships. Prior to working at the Greg Nared Agency, Nared worked as the Vice President for Golf for the William Morris Agency in Beverly Hills, California. Greg was responsible for working directly with LPGA / PGA executives in helping to promote the athletes career. Greg also worked on negotiating contracts in the best interest of the athlete. His role included improving salary, making provisions for injuries, and taking other options in lieu of salary increases. He made recommendation to athletes regarding long-term as opposed to short-term benefits. Greg also worked on Brand and PR plans for athletes. In doing so, he worked on a short-term and long-term strategy that best fit the overall goals and objectives for athletes. Nared recruited athletes to increase the client base. Lastly, Nared worked very closely with Professional Golfer Extraordinaire Michelle Wie. He was responsible for day-to-day operations with the Wie family. He negotiated corporate sponsorship and appearance fees contracts, coordinated public relations, handled Michelle’s schedule, and worked as an adviser to Wie. Nared also delivered 15 years of athlete management and strategic planning to Nike. First joining Nike as the East Coast Field Representative for professional basketball in 1992, Greg led in the strategic development of NBA brand athletes including Michael Jordan, Charles Barkley, and Penny Hardaway. Nared was involved in orchestrating Sports Marketing efforts in support of all product engines. He cemented the bond between Nike and key players, teams, and coaches through attention to service detail, personal relationship building, basketball knowledge and intuition. Nared negotiated contracts, managed marketing and advertising campaigns. He was then promoted in 1995 to work as the Product Line Manager for Nike Basketball consisting of men’s, women’s, and Jordan apparel. Two years later, he was promoted to work as the Business Affairs Manager for Tiger Woods where he managed all aspects of business around Tiger including product development, budget, marketing, promotions, and public relations. He also was a key advisor to Tiger in non-Nike business as well. Nared played a key role in new business development for Nike Golf and Tiger, managed relationships with Tiger’s sponsors and helped to generate over $10 million in incremental sales with key partners such as General Motors, Tag Heuer, EA Sports, American Express, and Upper Deck. Greg played a huge role in developing the Tiger Woods brand today. Before joining Nike, Greg was a Sales Manager for the Washington Bullets (Washington Wizards). He managed a team of sales representatives that sold season tickets to both individuals and corporations in the Washington, D.C. metropolitan area. A native of Wilmington, Ohio, Nared holds a bachelor’s degree in Communications from the University of Maryland in College Park where he lettered in basketball for 4 years. Nared founded the Boost Foundation, a non-profit organization serving Portland’s at-risk youth. He also served as a board member for Self Enhancement, Inc. a Portland, Oregon based non-profit organization for 4 years. Greg speaks around the country at schools and on behalf of corporations about the value and importance of education. In the 2002 edition of Details Magazine, Greg Nared was named one of the top executives under the age of 40. 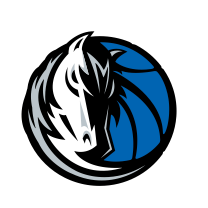