Henry Ellenbogen founded Durable in 2019 and serves as Managing Partner and Chief Investment Officer. Prior to founding Durable, Henry served as a Vice President of T. Rowe Price Associates, Inc. and T. Rowe Price Group, Inc. (“T. Rowe”), and as T. Rowe Price Group Chief Investment Officer for U.S. Equity Growth. He was the lead Portfolio Manager for the U.S. Small-Cap Growth Equity Strategy and was the Portfolio Manager for the New Horizons Fund. In addition, Henry served as a member of the U.S. Equity Steering Committee and the Corporate Governance Committee for U.S. Equity. Henry began managing the New Horizons Fund on March 1, 2010. He led private market rounds in many notable companies including Workday, Twitter, Coupa, Atlassian, Twilio, Warby Parker, and Sweetgreen. During his tenure as Portfolio Manager, the New Horizons Fund won Investor’s Business Daily’s Best Mutual Funds 2018 Awards for the U.S. Diversified Equity Funds, Growth Funds, and Small-Cap Funds categories. The Fund was also awarded the Thomson Reuters Lipper Fund Award United States for Best Small-Cap Growth Fund over the ten-year period (2017), Best Small-Cap Growth Fund over the five-year period (2016), and Best Small-Cap Growth Fund over both the five- and ten-year periods (2013).1 Henry started with T. Rowe in 2001. From 2001 to 2009 he was an equity investment analyst covering internet, media, and telecommunication companies. He was a “Best of the Buy Side” award winner for 2003, 2005, and 2009. From 2004 to 2009, he was a portfolio manager of the Media and Telecommunications Fund. During this period, the Media and Telecommunications Fund was awarded seven Lipper Performance Achievement Certificates for ranking number one in the Lipper Telecommunications Funds category over a one-year, five-year, or ten-year time period. Prior to joining the firm, he served as Chief of Staff to U.S. Representative Peter Deutsch, a member of the Commerce Committee, which has jurisdiction over media and telecommunications. Henry also worked as a Summer Associate with Goldman Sachs as a member of the Portfolio Management team in the Risk Arbitrage Group and Investment Banking Division. Henry graduated magna cum laude with a Bachelor’s in History and Science from Harvard College. He holds a J.D. from Harvard Law School and an MBA from Harvard Business School where he was a Baker Scholar. He was also an adjunct professor at New York University Graduate School of Politics. Henry serves as a member of the Barron’s Roundtable. He also serves on the Investment Committee of the Smithsonian Institution and on the Board of Directors of The Posse Foundation. 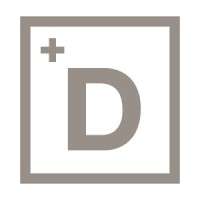