Mike is the Chairman of R&D, SAB Member and Board Director at Erasca. In these roles, he will help advance Erasca’s drug discovery portfolio by providing strategic input on portfolio optimization and offering in-depth scientific assessments of Erasca’s R&D activities. Mike is a pioneer drug discoverer and biotech leader. As one of the original fifteen employees at Agouron, a biotech based in San Diego, he built a team that developed protein-structure based design, a novel approach to drug discovery that is utilized globally by drug discovery teams today. In 1997, the Agouron team launched Viracept®, an HIV protease inhibitor that achieved the highest first year launch sales of any biotech product at the time. His leadership at Agouron resulted in the discovery of multiple currently marketed anti-cancer agents, including Xalkori® and Inlyta®, a drug that won the American Chemical Society’s Heroes of Chemistry Award in 2018. In 2005, Mike was recruited to Genentech to expand the organization’s drug discovery capabilities to include small molecules. Focused on agility and pioneering science, Mike built a team-based organization that today produces more than 40% of Genentech’s development portfolio, including the marketed anti-cancer agents Erivedge® and Cotellic®. In 2015, Mike was appointed Executive Vice President and Head of Genentech’s Research and Early Development (gRED) and a member of the Roche Corporate Executive Committee. In this role, he was responsible for all aspects of gRED innovation, drug discovery and development. Mike also focused on building a team-based culture empowered to clear the path to patients. Under his leadership, gRED teams discovered and developed successful medicines that include Venclexta® with AbbVie, the first BCL-2 inhibitor, and Polivy™, an antibody drug conjugate for the treatment of DLBCL. Pioneering molecules in clinical development include mosunetuzumab, a bispecific antibody targeting CD20, and GDC-9545, a next-generation estrogen receptor degrader. Mike retired from Genentech in July 2020, leaving a diversity of drug platform types that includes personalized therapeutic vaccines and cellular therapies. Mike holds a B.S. in Chemistry from the University of California, Los Angeles, and a Ph.D. in synthetic organic chemistry from the California Institute of Technology, and was an American Cancer Society postdoctoral fellow at Columbia University. 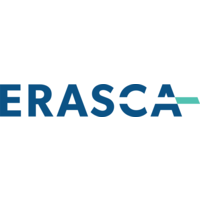