Born in 1984 in Chesnay (Yvelines), Laura Georges started football at the age of 12 at Paris-Saint-Germain. After an experience in Boston in parallel with her studies, the central defender joined Olympique Lyonnais, with which she won two Champions Leagues (2011, 2012), six Championships (from 2008 to 2013) and two French Cups (2008, 2012). In 2013, she returned to her training club and did not go far from expanding her record (finals of the Coupe de France 2014 and the Champions League 2015 and then 2017). The former international (188 caps), who participated in three World Cups (2003, 2011 and 2015), became Secretary General of the FFF in March 2017 . She works for the practice of women's football but also for the promotion and development of women's refereeing. 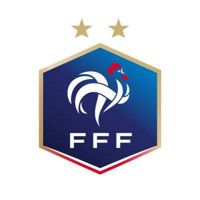