Co-Founder, CTO, and Board Member at Hyperloop One

View in org chart
View in org chart
Josh Giegel is the CTO and Co-Founder of Virgin Hyperloop One where he is leading a world-class team of engineers making the hyperloop a reality. Josh founded the company in 2014, when hyperloop was idea drawn on a whiteboard in a garage. A little over two years later, VHO built a full-scale prototype capturing the attention of governments worldwide. Today, Josh is leading the development of paradigm shifting electromagnetic, high power, autonomous technology, bridging the engineering work with unparalleled passenger experience, and working at the highest levels of government to develop a regulatory framework for hyperloop technology. Previously, at SpaceX, Josh developed the world’s first reusable rockets and led the successful testing of six different rocket engines. From the final frontier to the horizon right here on the ground, Josh shifted his focus to power the earth with revolutionary waste heat-to-power energy technology, leading research activities at Echogen Power Systems. Josh is passionate about the power of engineering to create solutions that enable people to live their lives how they want – where they want – in a way that is sustainable. This led him to leverage his expertise in high performance rocket engines with his grasp of clean energy generation to develop the world’s first autonomous, high-performance, electric mode of mass transportation. Josh received an MS in Mechanical Engineering from Stanford University where he was a Graduate Engineering Fellow. He holds a BSME from Penn State University where he graduated with honors and was first in his class. 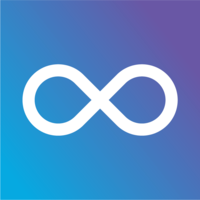