Marc Auberger joined the team in 2019 as Managing Partner to strengthen Iris Capital’s management team and to boost its growth strategy. Marc has more than fifteen years of investment experience in private equity acquired with the Caisse des Dépôts group, in executive positions with CDC Entreprises where he supervised the venture capital business and Qualium Investissements. In 2014 he became President of Future French Champions (FFC), an investment partnership/joint venture between Qatar Investment Authority and Bpifrance. In this position, he led and completed deals such as Fitness Park, B2A Technologies, Devialet or Vulcanic. Marc Auberger began his career as Inspector of Finances at the French Ministry of Finance then at the Treasury Department where he spent eight years. He then joined the Casino Group in 2000 before taking on the management of Sofaris (now Bpifrance Garantie) in 2002. He is a former student of Ecole Nationale d’Administration (France, promotion 1991) and of Institut d’Etudes Politiques de Paris (France). 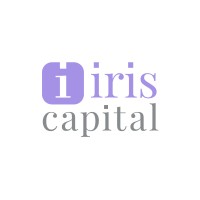