Grant Thomas currently serves as Director of State Relations at the University of Georgia. In this role, Grant serves as the university's primary liaison to the Georgia General Assembly, Office of the Governor, state agencies and related groups. He also assists with the development and implementation of the university's state level agenda and connects faculty and administrators with elected and appointed officials across state government. Prior to joining the University of Georgia, Grant served as Legislative Liaison and Policy Advisor to Governor Brian Kemp, advising the Governor on several policy areas including education and higher education. Grant has also previously held government and external affairs roles at Children's Healthcare of Atlanta and the Georgia Secretary of State's Office. Grant serves on Mount Pisgah Christian School's Board of Trustees, Alumni Board and Advancement Committee. He also currently serves on the Alumni Board of Directors for the University of Georgia's School of Public and International Affairs and the Zell Miller Foundation's Alumni Board of Directors. Grant was also appointed by Governor Kemp in 2019 to serve on the State of Georgia's Citizens Review Committee which is charged with conducting a review of the state's K-12 Mathematics Standards. Grant earned both his master's degree in Business Administration and his bachelor's degree in Political Science from the University of Georgia. He is also a 2011 graduate of Mount Pisgah Christian School. He attends North Point Community Church in Alpharetta. 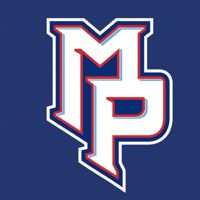