Jean-Yves Courtois is the CEO of Orolia, the world leader in Resilient Positioning, Navigation and Timing (PNT) solutions. He has always had a keen interest in math and science, and he began his career as a researcher and professor in Quantum Physics at Ecole Normale Superieure and Ecole Polytechnique in Paris. He was also an advisor to the French Ministry of Defense’s Chief Scientist. After several years in the academic world and civil service, Jean-Yves joined the defense industry at the leading French defense contractor, Thomson-CSF, which would become Thales. There, he managed strategy and business development for various defense and industrial electronics businesses, including components for mobile phones within Thales Microsonics. When telecom began to decline under the dot.com bubble, he was asked to lead the Thales Microsonics business, with the mission to reorganize and prepare it for sale. The company was acquired by electronics components manufacturer Temex, and through this acquisition Jean-Yves was offered the management role for Temex. After a few portfolio adjustments and the creation of new higher value-added initiatives, Jean-Yves led the strategic evolution of Temex into two distinct companies in 2006, one focusing on time and frequency components, keeping the name Temex, and the other specialized in timing and synchronization equipment and systems, called Orolia. Temex was sold, and Jean-Yves continued to develop Orolia. In 2007, he introduced Orolia on the French stock market, which enabled the company to multiply its size by nearly five times in just three years. Orolia was privatized in 2016, and it is now a portfolio company of Eurazeo PME. Through this privatization, and a series of strategic growth initiatives, Jean-Yves Courtois and his team have positioned Orolia as the world leader in Resilient PNT. His best personal contribution could perhaps be characterized by the strong culture of innovation and technology expertise that he has inspired, which enables Orolia to keep delivering new mission-critical solutions worldwide. Jean-Yves Courtois is a graduate of the Ecole Polytechnique and holds a PhD in Quantum Physics. He is a retired Lieutenant Colonel of the French Defense Acquisition Agency (DGA). 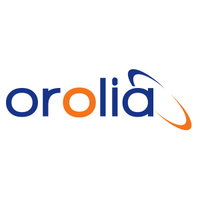