Chair of the Board at Owens & Minor

Mark A. Beck is the co-founder and CEO of B-Square Precision, LLC, a private company engaged in the acquisition and management of companies that manufacture high-precision tools, dies, molds and components. Mr. Beck currently serves on the Board of Directors and Audit Committee of IDEX Corporation, a global applied solutions business with a focus on health, safety and fluid handling technologies, including its Health & Science Technologies segment. He previously served as President and Chief Executive Officer of JELD-WEN Holding, Inc., one of the world’s largest door and window manufacturers, from November 2015 to February 2018, and was a director of JELD-WEN from May 2016 to February 2018. Prior to JELD-WEN, Mr. Beck served as an Executive Vice President at Danaher Corporation, leading Danaher’s water quality and dental programs, beginning in April 2014. Previously, he spent 18 years with Corning Incorporated in a series of management positions with increasing responsibility, culminating in his appointment as Executive Vice President overseeing Corning’s environmental technologies and life science units in July 2012. He formerly served on the board of directors of Dow-Corning Corporation from 2010 to 2014. Mr. Beck was appointed to the Board on August 7, 2019. 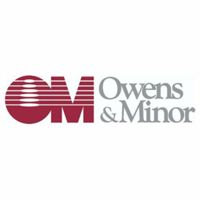