Nigel is the Vice President, Production Switchers, and Video Servers for Ross Video. Nigel has been a member of the broadcast industry for more than 35 years; he has directed product planning, strategic marketing, and corporate development for a number of leading broadcast manufacturers. Prior to joining Ross Video Nigel was president and CEO of Echolab, a Massachusetts-based manufacturer of live video production equipment. Nigel started his career as an engineer with Philips Technology in England and the Netherlands before coming to the United States to work as the vice president of marketing at AVS Electronics. He also has held senior positions at Snell & Wilcox, NVISION and ADC Telecommunications. Nigel was responsible for creating the acclaimed NAB-HD pavilion for the National Association of Broadcasters annual convention in 05 and 06, he has served as chair of the NAB Exhibitor’s board, and still acts as a marketing and technology consultant for the organization. He has served on SMPTE technical committees and has authored two books about broadcast engineering in the digital age. 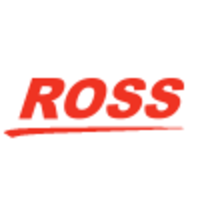