Chief People Officer at Think Together

Josh joined Think Together in 2006 and has served in a variety of field positions, regional office and Home Office leadership roles. He began his tenure with Think Together as a Site Coordinator in the former Foothill Region at Lincoln Elementary School in the Ontario-Montclair School District. He moved into Human Capital as Recruiting Operations Manager in the Foothill Region Office and was later named Director of Staffing at the Home Office. In 2013, Josh relocated to the Bay Area to oversee the successful merger with Bay Area After School All Stars and led a dynamic team of over 150 staff. In addition to maintaining his focus on delivering high-quality programs, Josh has developed an exceptional knowledge of the Bay Area and has a track record in cultivating relationships with leaders across the state. Most recently, Josh served as Head of People for a nonprofit focused on supportive housing services across multiple counties in California. Josh looks forward to reacquainting himself with former colleagues and meeting the new team members. 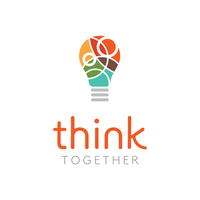