Babu graduated from the University of Canterbury with a Bachelor of Engineering, Electrical and Electronics with first class honours. He has since completed study towards a Masters in Finance from Massey University. After graduating, Babu joined Transpower NZ as Assistant Development Engineer. He went on to spend nine years there in a wide range of roles including planning, development, design, operations and new investments. Babu was Technical Manager on various development projects and his last role with Transpower was as Team Leader in the Pricing Group, responsible for designing and implementing pricing methodology for transmission cost recovery. In 1999 Babu joined Todd Energy as a Business Analyst just as Todd entered the retail electricity market. He has played a major role in developing and managing Todd’s electricity business from its infancy. Babu held the position of Group Manager Electricity from 2006 until 2011 when he moved into his current role. He is responsible for The Todd Corporation’s Wholesale and Retail Gas and Electricity businesses. Babu is a Sri Lankan born Kiwi and is married with three children. His interests include sport and travel. 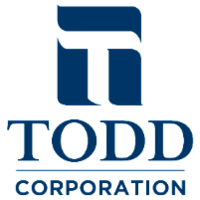