Founder and CEO at Tonal

View in org chart
View in org chart
After struggling with his weight since childhood, Tonal founder Aly Orady finally discovered a solution that worked. Kind of. By strength training consistently for many months, he was able to lose 70 pounds. The problem was this schedule wasn’t sustainable. Just getting to the gym ate up a sizable chunk of his day. And once there, he constantly found himself waiting around for machines and equipment. Aly refused to believe he had to sacrifice his life to keep his body. So when he couldn’t find a better solution, he invented one. By using electromagnetics to create electronic resistance he found (and patented) a way to replace all the equipment he used in the weight room with a single digital weight machine. And Aly didn’t stop there. Digital weight unlocked endless possibilities. A machine that knew what you were doing, could respond if programmed. It could actually coach the people using it! This was where the idea for Tonal really took off. Aly envisioned a connected system that assessed what you needed to do, told you how to do it, and let you do it from home, in record time. And then he assembled a team to create it.
Company start date: January 2015 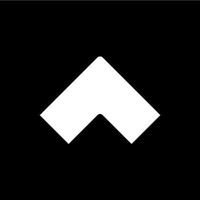