View in org chart
View in org chart
Prior to joining UCT as Chief Executive Officer, Jim Scholhamer was corporate vice president and general manager at Applied Materials, Inc. in the Applied Global Services from 2010 to 2014 and the Display and Glass Products Groups from 2006 to 2010. During his tenure, Mr. Scholhamer played a critical role in improving the company’s execution in the 200mm Semiconductor and Display markets. He headed the display manufacturing and operations in 2008 when the group successfully delivered on $1B revenue, the largest ramp in group’s history. He also led the display group to capitalize on industry trends like OLED and touch screens for tablet, computers, and smart phones. Prior to Applied Materials, Mr. Scholhamer was Chief Technical Officer and Chief Operational Officer of Applied Films Corporation. He holds a B.S. in engineering from the University of Michigan. 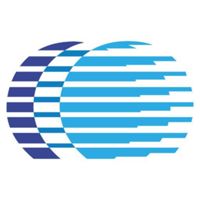