As senior vice chancellor for business and operations, David N. DeJong oversees the University of Pittsburgh’s central operational functions, including facilities management; public safety and emergency management; planning, design and real estate; human resources; business and auxiliary services; and sustainability. DeJong has held multiple leadership roles during his 32-year tenure at Pitt. As vice chancellor of human resources, DeJong led the acquisition, retention, development and support of a diverse, highly qualified and high-performing workforce. He also oversaw the development and implementation of innovative and responsive human resources structures and programs. Prior to that, DeJong served as executive vice provost, integrating academic planning with resource management, overseeing budget and space planning within the provost’s area and collaborating on strategic plans for academic and student life facilities. DeJong joined the University in 1989 as an assistant professor in the Department of Economics within the Kenneth P. Dietrich School of Arts and Sciences. He was promoted to professor in 2001 and served as department chair from 2006 to 2010. He has also served as a visiting professor at the Institute for Advanced Studies in Vienna, Austria; Torcuato Di Tella University in Buenos Aires, Argentina; and the Kiel Institute for the World Economy in Kiel, Germany. DeJong has extensive research experience spanning macroeconomics, econometrics and transition economics. He has published more than 40 journal articles and co-authored the book “Structural Macroeconometrics” (Princeton University Press, 2007 and 2011). His work has been supported by grants from the National Science Foundation and National Council for Eurasian and East European Research. DeJong has earned numerous awards and recognition for his achievements in teaching and research. He holds a bachelor’s degree in economics from Central College and Ph.D. in economics from the University of Iowa. DeJong is a board member of the Auberle Foundation, 412 Youth Zone and UPMC Health Plan. 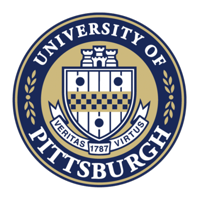